“The system will include reconnaissance drones, as well as several types of loitering ammunition. It is planned that kamikaze drones will be launched to the target both from coastal launchers on an automobile chassis and from launchers on ships of the fleet, “a source in the military-industrial complex told RIA Novosti.

According to him, certain elements of the system, including the complexes for launching loitering ammunition from the side of small ships, have already passed preliminary tests.

“The deployment of unmanned surveillance systems and loitering ammunition on the ships of the Russian Navy or the Coast Guard of the Russian Federal Security Service looks quite logical. This will significantly increase the range of small-class ships, which are unable to carry more significant means of response, “- said” Gazeta.Ru “expert in the field of unmanned systems Denis Fedutinov.

Russia has significant experience in the operation of unmanned aerial systems for the protection of land and sea borders. “Mainly, UAVs of light classes of aircraft and helicopter types have been and are being used here, which provide border monitoring through onboard optical-electronic means of visible and thermal ranges,” Fedutinov said. Observation is part of the task of suppressing violations of the state border, but identifying violators requires a prompt response, including force.

“Loitering ammunition can be considered as one of the technical means to ensure such a response. Such an unmanned vehicle is capable of monitoring, patrolling along the border line or over a given area. If an intruder is identified, at the command of the operator, a blow can be struck with the help of a warhead integrated into the design of the drone, “Fedutinov added.

In fact, a kamikaze drone is a drone with a one-time combat mission. He can fly for a long time in the intended area of ​​the target in the search mode. When a target is detected, such a drone hits it like a guided air-to-surface missile, and itself is destroyed. “But the loitering ammunition has the opportunity to return to the operator if the target has not been found, and be reused,” Aleksey Leonkov, editor of the Arsenal Otechestva magazine, told Gazeta.Ru.

The advantages of kamikaze drones include a reduction in the time of hitting a target, their invisibility to enemy radars due to the materials from which they are made, and, most importantly, the price. Such ammunition costs less than standard types of weapons, while not inferior to them in terms of effectiveness. “It is always desirable that the target was more expensive than the means used for it,” said military expert Alexander Khramchikhin.

According to Leonkov, the loitering ammunition is designed to work on small-sized point targets.

“The range of this kind of ammunition is no more than 100 km. The volume of explosives in this type of weapon will not do much, it does not exceed 20 kg, but this explosive is enough to destroy a small lightly armored target, an artillery position, a separate anti-aircraft missile system, ”the expert said.

Intruder boats will not pass

Several models of loitering ammunition are currently at various stages of development in Russia. Basically, these developments are associated with ZALA AERO, which is part of the Kalashnikov group of companies. “Loitering ammunition of the Lancet family, as reported, passed trial operation in the troops, including used in combat conditions in Syria,” Fedutinov said. 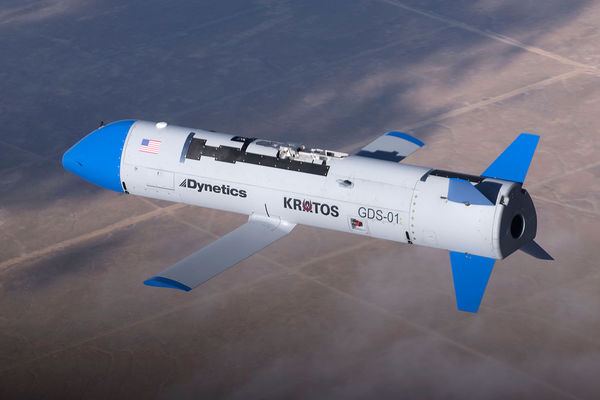 The Lancet is an improved version of the KUB-UAV high-precision attack unmanned aerial vehicle presented by the Kalashnikov concern in 2019 at the IDEX exhibition in Abu Dhabi. The Lancet is launched from the same catapult as the KUB-UAV, but otherwise has different characteristics. “Lancet” is built according to the aerodynamic scheme of a double X-shaped tail, such a scheme on such a technique was used for the first time in the world.

“Double X is our absolute know-how. When diving and maneuvering, such a scheme behaves much better, besides, the dimensions of the product are greatly reduced “, - the words of the General Director of ZALA AERO Alexander Zakharov are quoted on the website of the Rostec corporation.

It is noted that the “Lancet” can produce a blow with surgical precision. The complex includes not only a striking element, but also a reconnaissance, navigation and communication module. The fundamental difference between the Lancet and many foreign analogues is that it does not need satellite navigation.

“Such drones, actively used in Syria and Nagorno-Karabakh, have shown their effectiveness. Their use is successful if the enemy does not have air defense systems that would be detected in the air, ”Leonkov said.

The task of kamikaze drones used to protect sea borders can be to defeat enemy boats suddenly emerging from cover and to fight sabotage groups.

Loitering ammunition can be used both to destroy an object and to damage it. “A kamikaze drone is capable of inflicting significant damage on a small surface target. They do not always have means of detecting loitering ammunition, ”Leonkov said.

According to him, a kamikaze drone can damage the undercarriage of an intruder boat so that a patrol ship can catch up with it. Why are Covid infections spiralling in three German states? Zelensky: law on de-oligarchization will change the relationship between business and politicians